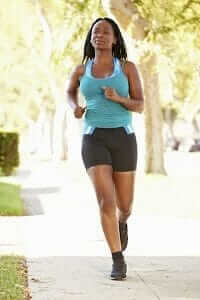 Most people realize that when they feel “stressed,” exercise can make them feel better.  Even sadness and anger can be calmed with aerobic activity. Accordingly, at PCH Treatment Center, we feel that holistic activities such as mindfulness meditation, yoga and exercise are important components in the treatment of psychological disorders.  Recent research is focusing on the role exercise plays in potentially preventing and certainly ameliorating symptoms of mental disorders.

Anxiety disorders and depression are the most common psychiatric disorders in the United States.  The positive effects of exercise on mental health and well-being are well described.  Physical activity has been shown to reduce the symptoms of anxiety and depression.  Conversely, physical inactivity is associated with onset and increased severity of psychological problems.  Exercise can be considered a first line treatment against mild depression or anxiety, and as an important adjunct to medication in more severe cases. In healthy persons, exercise, especially aerobic, may prevent the onset of depression or anxiety.  Studies of acute exercise suggest that 20 to 40 minutes of aerobic activity results in improvements in anxiety and mood states that persist for several hours. Such transitory changes in mood occur in both individuals with normal and elevated levels of anxiety, but appear to be limited to aerobic forms of exercise.

The other side of the coin is overexercising, which can be detrimental to physical health and mental well-being. Raglin, in the Journal of Sports Medicine, points out that “some individuals can become overly dependent on physical activity and exercise to an excessive degree. This abuse of exercise can result in disturbances in mood and worsened physical health. In the case of athletes the intense training, or overtraining, necessary for endurance sports consistently results in increased mood disturbance.”