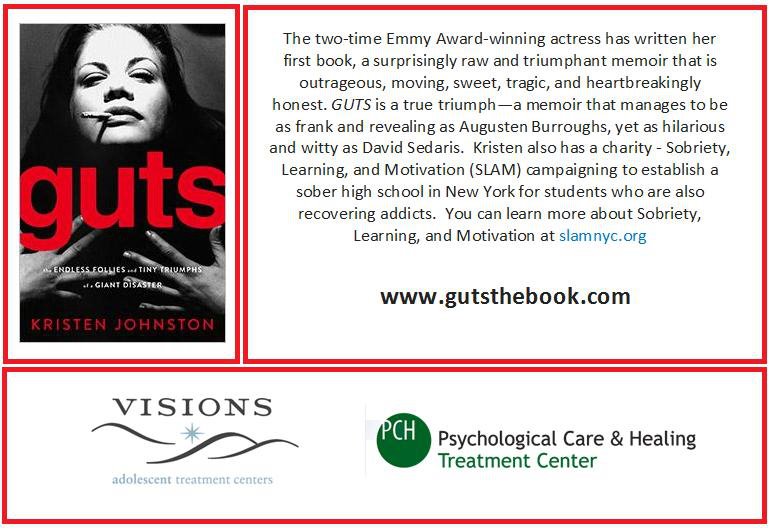 PCH Treatment and Visions Adolescent Treatment Centers hosted a dinner and book signing with actress and author Kristen Johnston at The Wilshire Restaurant on July 29th, 2012.  Kristen is the author of the book Guts: The Endless Follies and Tiny Triumphs of a Giant Disaster. Kristen has written a shocking, yet poignant and funny memoir about her struggles with drug and alcohol abuse.  Publishers Weekly reviewed this outrageous memoir:

“A stage actress whose most famous role was as Sally Solomon in TV’s 3rd Rock from the Sun, Johnston offers a brash, loud, expletive-peppered, unapologetic account of her manic drug-and-alcohol-infused career. Hailing from a wealthy suburb of Milwaukee, Wis., and growing to be six feet tall by the time she was 12, Johnston felt like a “freak” at her Catholic grade school, learning early on that being funny was the way to deflect nasty criticism by other kids. She took naturally to the stage, studying theater at NYU under the benevolent influence of a certain gay stage actor she refers to only as “David” (many of the details are pretty sketchy, as Johnston skates from one subject to the next). Fame suddenly struck with 3rd Rock, starring John Lithgow, along with heavy painkillers and alcohol abuse, and yo-yoing weight gain; in 2006, while doing a play in London, acute peritonitis caused extended hospitalization, surgery, and deep self-examination. In her sarcastic, self-deprecating manner (“I’m a lying, pill-popping lush” is a typical self-appraisal), Johnston re-creates her desperate hospital episode and subsequent rehab in Arizona. Coming clean, she says in her unsubtle, genuine memoir, hasn’t lifted her sense of being a freak, but it has liberated her from a lot of shame and self-destruction.” 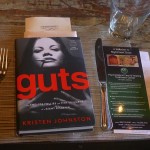 Kristen read several passages from her book and then was open to discussion about her life experiences.  She also spoke about her project SLAM (Sober, Learning and Motivation), which is lobbying in New York City to open a sober high school.  Kristen talks about SLAM with Anderson Cooper.