The goal of our Bipolar Treatment Center and Program is to help our clients in Los Angeles and from around the country learn how to manage their lives and return to a level of stability within their work or school environment and at home with family, friends and loved ones.

PCH Treatment Center offers intensive treatment for persons struggling with Bipolar Disorder. We feature a clinical staff of experts who specialize in treating all types of mood disorders including depression and Bipolar Disorder. Dr. Jeff Ball, Chief Executive Officer, has developed and managed comprehensive bipolar treatment programs in both academic and private settings. Dr. Ball has worked with Dr. David Miklowitz studying family therapy and medication management in the treatment of Bipolar disorder. Dr. Miklowitz, who is also a consultant to PCH, has authored the definitive book on managing Bipolar Disorder, The Bipolar Disorder Survival Guide.

The PCH Bipolar Treatment Program offers our clients a comprehensive plan to manage their lives and return to a level of stability within their work or school environment and at home with family, friends and loved ones.

Get More Info On: 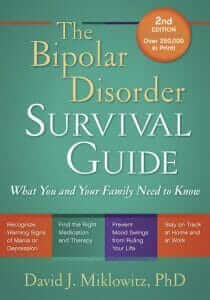 PCH Treatment Center realizes that those suffering from Bipolar Disorder have a lifelong condition with exacerbations and remissions. We also understand that psychosocial factors have a large impact on the well-being of persons who are suffering from Bipolar Disorder. The first step for any client entering PCH is a thorough clinical assessment. We receive many clients who are referred to us with a diagnosis of “Bipolar Disorder or Bipolar 2.” There are a number of psychological problems that can be misdiagnosed as Bipolar Disorder, especially Attention Deficit Hyperactivity Disorder (ADHD) and trauma related Personality Issues which may exhibit dysregulation and labile mood states.

Once a correct diagnosis of Bipolar Disorder is established by our Clinical Team, a member of the PCH Psychiatry team evaluates the client and prescribes an appropriate mood stabilizer. Mood stabilizers are a class of medications that are effective in leveling out labile mood states. Oftentimes, a new client will be on one or a number of medications that are not required or even appropriate for treatment. Clients may be taking a mood stabilizer (causing side effects), antidepressants (which can sometimes trigger mania), anticonvulsants, antipsychotics, combination drugs, and even benzodiazepines. Medications will be altered to find a regimen that the client feels is optimal while decreasing or eliminating undesirable side effects. PCH has a strong philosophy of appropriate medicating, minimizing medication usage and avoiding addictive substances.

PCH Treatment Center has a large staff of trained and highly experienced clinicians. A client with Bipolar Disorder is assigned to a program director and individual therapist who have specific experience treating mood disorders. We offer specific groups for bipolar disorder treatment, including psycho-education, stress management, and medication and sleep management. We also involve the family in psycho-education as well, as we find that it is essential in helping to manage those suffering from Bipolar Disorder. Clients may have other co-occurring psychological issues such as anxiety, ADHD, substance abuse, oppositional defiant disorder, and trauma related personality problems. We carefully build a clinical team for each client based on their gender, diagnoses, co-occurring issues, medical problems and family situation. Clients begin treatment and immediately participate in daily individual bipolar therapy, neurofeedback, and group therapies. We also feature an arts program and programming based around exercise, sleep and nutrition. Holistic activities including yoga, meditation, mindfulness based stress reduction and mentalization are also incorporated. Many of these modalities inform our clients suffering from bipolar symptoms how to manage their stress, as Bipolar Disorder is a stress related issue where higher levels of stress are associated with exacerbation of manic symptoms.

What is Bipolar Disorder? 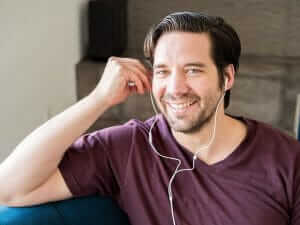 Bipolar disorder, also known as manic depressive disorder, manic depression, bipolar affective disorder, or bipolar spectrum, is characterized by mood swings, or separate and lasting periods of mania and depression (mood states). Depression is experienced as a sad, hopeless, low energy state. Mania lies at the opposite side of the mood spectrum, where the individual experiences a state of euphoria, elation, and often greatly increased energy. These mood states may fluctuate frequently, but more often last for prolonged periods. There is much variability in the number of cycles throughout a person’s lifetime, with some classified as “rapid cycling” (experiencing many episodes, sometimes yearly).

Bipolar I Disorder is commonly diagnosed. It is characterized by manic or mixed episodes that last at least seven days, or by severe manic symptoms requiring hospital level containment. Frequently, depressive episodes occur as well, typically lasting at least 2 weeks. Bipolar II Disorder differs from Bipolar I by having a pattern of depressive episodes and hypomanic episodes without full-blown manic or mixed episodes. Hypomania is distinguished from mania by an absence of psychotic features and grandiosity; it has a lesser impact on functioning.

Bipolar Disorder Not Otherwise Specified (BP-NOS) is diagnosed when symptoms of the issue exist but those symptoms do not meet diagnostic criteria for either bipolar I or II. However, fluctuations in mood are clearly out of the person’s normal range of mood states. Cyclothymic Disorder, or Cyclothymia is a mild form of bipolar disorder involving episodes of hypomania as well as mild depression for at least 2 years. However, the hypomania or depressive episodes do not meet the diagnostic requirements for any other type of bipolar disorder. 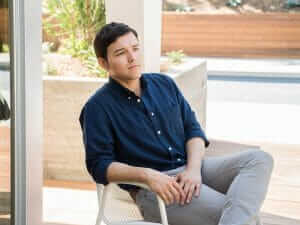 Bipolar Disorder is derived from both genetic and environmental factors. Research indicates that there is a large genetic component behind a bipolar diagnosis. A first manic episode typically occurs before age 30, but there are cases of later onset. Additionally, the bipolar spectrum runs in families. Recent research indicates that a chemical or hormonal basis of bipolar disorder is likely, involving malfunctions in brain neurotransmitter substances.

What are the symptoms of Bipolar Disorder? 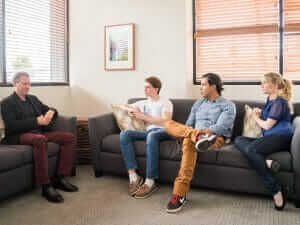 Manic episodes typically involve dramatic rises in mood, with feelings of elation, increased energy, and a decreased need for sleep. An individual experiencing a manic episode will often have racing thoughts, rapid and pressured speech, and poor judgment and planning. This, combined with impulsivity, often creates major problems for the individual in the manic state. For example, they may leave school or ruin their business, go on expensive buying sprees, or make wild investments. They may engage in dangerous substance-related behaviors, or promiscuous sexuality. Most concerning is increased and dangerous suicidal activity, due to the combined agitation and impulsivity. Finally, in many cases of mania, the person may become grandiose, with a heightened sense of self-esteem. For about 70% of those struggling with bipolar patterns, as the mania and accompanying sleep deprivation become more prolonged, the person may lose touch with reality and exhibit psychotic symptoms, such as hallucinations (false sensory experiences) or delusions (false beliefs).

Depression will frequently occur, following the mania. People with depression may experience feelings of hopelessness, worthlessness, irritability, restlessness, and sadness. Fatigue and insomnia may follow these feelings, leading to increased irritability and a loss of enjoyment of daily activities. Eating problems, difficulty concentrating, and somatic symptoms such as pain, headaches, and gastrointestinal problems may also occur. The length and depth of each depressive episode greatly varies. Some people are considered “rapid cyclers” experiencing several episodes in a given year. All episodes may be extremely debilitating both socially and vocationally.

How is Bipolar Disorder diagnosed? 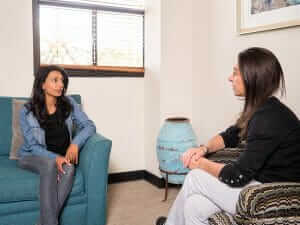 What is the Prognosis for Bipolar Disorder? 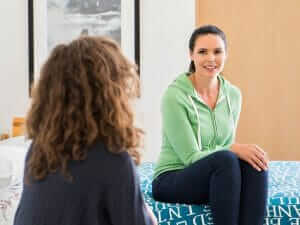 Bipolar is a chronic issue that can be effectively managed with psychological treatment and medication. Research shows that medication, coupled with effective bipolar psychotherapy, sleep and stress management, and psycho-education, can significantly improve wellness and daily functioning. Individuals with bipolar disorder are likely to be non-compliant with medication or treatment. Thus, it is extremely important to make the proper diagnosis, prescribe the appropriate medication, and educate the client and family about this disorder. Persons with bipolar disorder have higher death rates from suicide, heart problems, and death from all causes than those in the general population.

Clients of the PCH Treatment Center bipolar recovery program who receive effective treatment, however, experience significant improvement in their ability to function normally in society, including an increase in the number of days they feel well, more rapid recovery from manic and depressive episodes and lower relapse rates. Effective treatment also improves survival rates, lowering the incidence of death from suicide and heart disease. 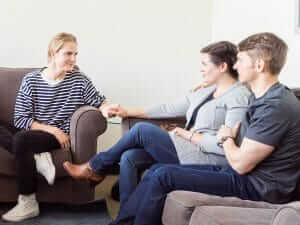 One of the most important factors in helping a person suffering from Bipolar Disorder in achieving health and wellness is to help them to better manage their stress and sleep, as well as to utilize outside resources and social support. This is accomplished directly with the client and in conjunction with their family through the PCH Family Bipolar Therapy Program. Clients are taught to monitor their mood daily and watch for their early warning signs. Similarly, those closest to them are taught to watch for warning signs (as those suffering from the disorder may not be initially as aware). Clients learn to minimize stress triggers (especially around family members) and stabilize their sleep patterns. They learn the importance of taking their medication and not discontinuing it because they feel “better.”

We work with clients to de-stigmatize Bipolar Disorder, as shame around the issue is often associated with discontinuation of medications. Clients are encouraged to discuss how they feel about taking medication and effects they may be feeling (side effects, loss of creativity, mood changes, shame issues). We also work with clients to improve their communication with family members or therapists about their mood state and condition. Clients are taught a “mania prevention plan.” They learn about the negative interactions of drugs (caffeine, marijuana, alcohol) and over the counter medications with bipolar behavior. When clients are finished with treatment at PCH, we arrange support groups and provide a solid discharge plan which includes strong psychiatric and psychological support.

In the first month of intensive bipolar treatment, each client and their family participates in our three day weekend Family Therapy Program. Families and clients learn to lower household stress levels. They are educated about the facts and myths associated with Bipolar Disorder. Stress and high levels of criticalness and overprotectiveness are strong triggers for persons with bipolar issues. Families are taught strategies to better communicate with their family member suffering from Bipolar Disorder and how to minimize stressful interactions.

By providing a multitude of tools and techniques, as well as educating clients and their families about the disorder, clients will be more prepared to deal with challenges in their life, using strategies that they have mastered and found particularly effective.