What is Failure to Launch?

“Failure to Launch” refers to the difficulty some young adults face when transitioning from childhood into adulthood, making them appear to be “stuck,” unmotivated, or overwhelmed by the responsibilities appropriate for their age. The “launch” refers to the initiation of college, a career, family, and adult life in general. People with “Failure to Launch” have severe difficulties gaining the independence required to be a self-sufficient adult. They may continue to live at home with their parents, drop out of school or have difficulty finding stable employment.

What are the causes of Failure to Launch? 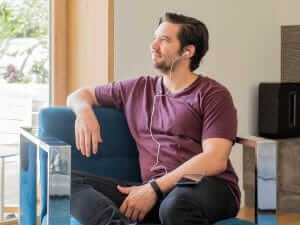 The symptoms of Failure to Launch often become apparent when one is moving from one phase in life to another. Often, Failure to Launch occurs when one transitions out of a routine that they are accustomed to and into a world with less structure. For instance, when a young adult is moving from high school to college, or from college into the adulthood. In well-individuated persons, these milestones can produce substantial growth. However, in persons who are poorly individuated or dealing with psychological difficulties or unresolved family dynamics, these milestones can lead to regression if the young adult is not equipped with the organizational skills, confidence, independence, and wherewithal to self-motivate.

These major life changes additionally coincide with the ages during which emotional disorders begin to present themselves, such as anxiety and depression. For anxious young adults, planning for the future is simply too daunting to consider. Instead, they may use avoidance as a coping strategy, filling their time by playing video games, surfing the internet, or partying. For those suffering with depression, managing the normal pitfalls of adulthood, such as breakups, poor grades, or layoffs, is more difficult handle. Some argue that this is due to a generational decrease in “frustration tolerance” due to the instant gratification millennials are accustomed to. Many millennials never develop frustration tolerance, and are unable to moderate sadness and self-soothe. Finally, undiagnosed learning differences, such as ADHD, may lead to difficulty integrating into adulthood due to life changes resulting in less structure, supervision, and accountability.