Gender identity and sexual orientation are seldom a binary or “one or the other” dynamic; they exist on a broad continuum. 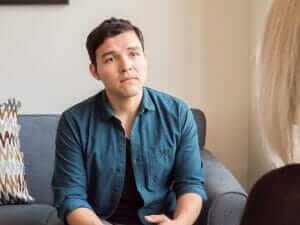 Gender identity issues, (also referred to as “gender dysphoria”) relate to a person’s thoughts and feelings that the gender they were assigned at birth is not consistent with their desired gender or genders. This often results in distress and difficulties around their identity. A person may feel uncomfortable with their birth gender and may identify with the opposite gender, dressing and acting in a manner consistent with their preferred gender. They may feel uncomfortable with their given physical characteristics (facial appearance, voice, genitals) and may seek medical treatment to alter their gender, using hormone therapies, cosmetic procedures and/or surgery. Some persons may identify with both genders, alternating their dress and act to coincide with either gender or both at the same time. They may refer to themselves as “non-binary.” Gender identity issues may interrelate with sexual identity issues such as sexual preferences and actions.

“Gender dysphoria” is the clinical term now used in the DSM-5. Fortunately, the psychiatric community is no longer referring to gender identity disorder. The DSM-5 describes gender dysphoria as follows:

For a person to be diagnosed with gender dysphoria, there must be a marked difference between the individual’s expressed/experienced gender and the gender others would assign him or her, and it must continue for at least six months. In children, the desire to be of the other gender must be present and verbalized. This condition causes clinically significant distress or impairment in social, occupational, or other important areas of functioning. Gender dysphoria is manifested in a variety of ways, including strong desires to be treated as the other gender or to be rid of one’s sex characteristics, or a strong conviction that one has feelings and reactions typical of the other gender.

Persons with gender dysphoria may isolate or become socially isolated. Low self-esteem is common, and isolation may lead to problems at school or even dropping out of school. The social consequences for boys with gender dysphoria are often more severe than for girls. Gender dysphoria is associated with increased rates of suicide, depression, eating disorders, anxiety and psychological trauma. A person who is struggling with their gender identity often faces social and workplace challenges such as discrimination, harassment and violence. However, the most difficult challenges frequently arise at home with family, a spouse or children. Parents can have trouble accepting gender and sexual identity issues in their child and can antagonize the transition from one gender to another. Parents may refuse to acknowledge the new identity, insisting on using their birth name and ignoring their child’s efforts to change. Family dynamics can seriously impact a person who is moving from one gender state to another.

Sexual identity refers to both a person’s sexual orientation and preferences (whether they are attracted to same sex, opposite sex, or both) and how they choose to manifest that choice. For example, a person may choose to assume a “straight” or “gay” identity which may be congruent or incongruent with their sexual preference(s). In other words, a person may identify or dis-identify with their sexual orientation. A person’s overall identity is a conglomerate of their gender identity, their sexual identity, their behavior and their values and beliefs.

The PCH Approach to Gender Identity and Sexual Preference Issues 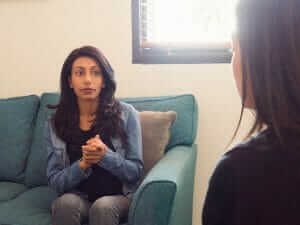 PCH starts with an initial assessment of the individual and family. Co-occurring issues such as anxiety, depression, psychological trauma, bipolar disorder or OCD are evaluated. Particularly, anxiety and depression are common and understandable co-occurrences of those struggling with issues of gender identity and/or sexual preference. We strive to help all of our clients at PCH, even those who are not experiencing gender or sexual identity issues, to learn “who they are” in all aspects of life. Gender identity and sexual orientation (preferences) are seldom a binary or “one or the other” dynamic; they exist on a broad continuum.

The PCH approach focuses on relieving the pressure of “trying to figure out” how one identifies in terms of gender or sexual preference. Rather, we help clients to explore both unconscious and conscious personal and family issues to increase self-knowledge in a non-judgmental, accepting environment. In this process, our clients gain a greater awareness of their self identity, and in additional more knowledge about where they may feel most connected on the continuums of gender and sexuality. When a client has greater awareness of the self, the client can find congruence in their gender and sexual identities, and become more cognizant of the choices now available in their lives.