What is Post-Partum Depression?

Post-partum depression is a mood disorder that affects some women after giving birth. Mothers with this disorder commonly experience symptoms such as feelings of hopelessness and emptiness, frequent or unexplained crying episodes, unusual eating habits, anxiety, anger ranging from irritability to rage, loss of interest in formerly enjoyable activities, achiness, isolating, and difficulty sleeping. Additionally, struggling to form a bond with their new baby, self-doubt in their ability to care for their baby, and persistent thoughts of harming themself or their baby are recognizable features of severe post-partum depression.

What are the causes of Post-Partum Depression? 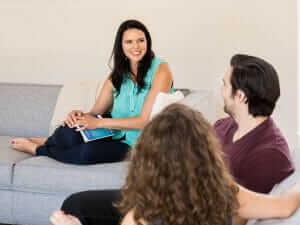 Post-partum depression is likely caused by a combination of physical and emotional factors. Physically, a woman’s body undergoes significant hormonal changes after giving birth. These chemical changes in the brain can lead to erratic behavior and mood swings. This, paired with the sleep deprivation many women experience with newborns, can lead to many of the symptoms of post-partum depression.

Risk factors for developing post-partum depression include depression during or after a previous pregnancy, previous bipolar episode, family members with mental health problems, experiencing a significant stressor during or after pregnancy (such as loss of employment, death in the family, or domestic violence), medical problems during the pregnancy (including premature birth), indecision about pregnancy, a lack of support system, and substance abuse.

What is the prognosis for Post-Partum Depression? 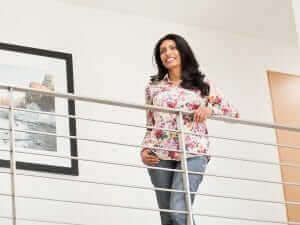 Treatment for post-partum depression, especially when it is prolonged or severe, generally consists of the combination of talk therapy and medication. Cognitive Behavioral Therapy, or CBT, can help identify their negative behavioral and thought patterns in order to change them. Interpersonal Therapy, or IPT, can additionally bring people to understand and work on their problematic relationships. Medications such as antidepressants may be prescribed to help combat the symptoms of post-partum depression.